All deaths were reviewed by a mortality committee to validate the cause. Patients lost during follow-up and those undergoing elective heart transplantation were censored. Continuous variables are expressed as mean standard deviation or median [interquartile range], as appropriate. Categorical variables are presented as percentages. We conducted a descriptive analysis, chi-squared and McNemar's tests for categorical variables. To compare continuous variables, we used analysis of variance ANOVA and Student's t test for independent related samples.

A higher WC was significantly associated with the same parameters as obesity and overweight. Patients were followed-up for a maximum 48 months median, 21 months. Total mortality was lower in patients with a higher BMI: Other factors associated with greater total mortality were ischemic and valvular etiology, age, anemia and diabetes mellitus.

All models were adjusted for relevant clinical variables such as sex, New York Heart Association functional class, left ventricular ejection fraction, hyponatremia, and glomerular filtration rate, but we found no significant changes in the HR of BMI and WC change 14 ; therefore, we opted for the reduced model. The multivariate model obtained a Harrell's C-index of 0.

However, in obese patients with a BMI close to 35, the protective effect of central obesity disappears. These results support the recommendation to measure WC as well as calculating BMI to best determine the risk of total and cardiac mortality in HF. In recent years, several studies have shown an association between a higher BMI and lower mortality in patients with chronic disease such as chronic kidney failure, rheumatoid arthritis, cancer and, especially, coronary heart disease.

Although several studies point to the obesity paradox, 23 much controversy remains about the prognostic value of overweight and obesity and few studies have analyzed the role of central obesity. Nevertheless, in a subsequent study, the beneficial effect of higher weight was only demonstrated in patients without ischemic heart disease. In Spain, a recent study 27 using Minimum Basic Data Set data on patients hospitalized for HF found that a diagnosis of obesity reduced mortality and readmissions.

Our results confirm earlier findings reported by Zapatero et al. Notably, in contrast to Zapatero et al. Several studies have analyzed possible causal mechanisms underlying the obesity paradox but it seems more than likely that multiple factors are involved. Hence, in obese individuals with HF, symptoms can appear earlier, and therefore diagnosis and treatment occur at earlier stages of the disease.

The paradox could also be explained by the greater metabolic reserve in obese individuals, making them more resistant to the increase in catabolism found in of patients with HF. Obese patients also have an increase in plasma lipoproteins, which could counter high lipopolysaccharide values, which are a powerful stimulus to the release of inflammatory cytokines. Currently BMI weight in kilos divided by height in meters squared is generally used as a marker of general adiposity; however, several authors have questioned its suitability since BMI does not distinguish between adipose mass and muscle mass, which could lead to incorrect assumptions about the association between obesity and mortality in HF patients.

Therefore, it is becoming increasingly clear that measuring total body fat and using markers of central fat such as WC could be better than using BMI alone. A higher WC is the most specific marker of central obesity. Together with diabetes mellitus and high blood pressure, it constitutes metabolic syndrome, which is associated with greater cardiovascular risk. The prognostic value of a higher WC in HF has been studied little.

In patients with HF and systolic dysfunction, Clark et al.

The beneficial effect was similar in both sexes. Our study included patients diagnosed with HF, without excluding either patients with preserved ejection fraction or others on the basis of HF etiology, thus providing information about the wider population with HF. Hence, the relationship between BMI and mortality tended to show a U-shaped curve, which is a type of relationship that usually also occurs in acute and chronic ischemic heart disease. Therefore, in principle, our patients had clinical characteristics associated with greater cardiovascular risk; however, a higher percentage of patients with preserved ejection fraction could be important as it contributes to better prognosis.

Similarly, we found significantly lower concentrations of natriuretic peptides in patients with both higher BMI and WC. The reduction in BNP concentrations with increasing weight has been described elsewhere and may be associated with greater sodium and fluid retention, which can increase dyspnea and, therefore, be associated with earlier manifestations of disease even in patients with less severe HF.

The study was conducted in a national registry database of patients with HF, which could be considered a limitation.


However, this registry was expressly designed to gather data on HF-related factors and exhaustive fulfillment of quality standards and validation of all data introduced by the participating centers was guaranteed. Moreover, data collection was prospective, which considerably improves data quality.

Independent predictors of total and cardiac mortality were assessed in a multivariate Cox model adjusted for confounding variables. Conclusions Mortality was significantly lower in patients with a high body mass index and waist circumference. The results also showed that this protection was lost when these indicators over a certain limit. 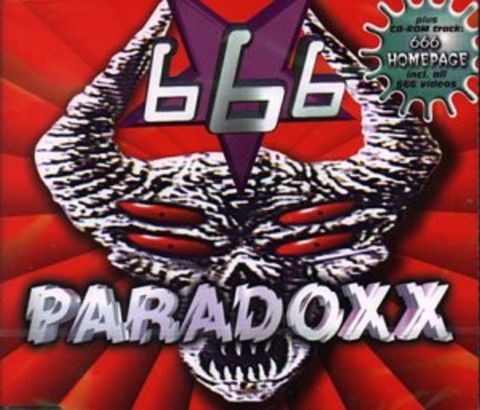